Poetry
‘Though its title suggests a dark netherworld, the poems in swimming underground offer striking glimpses into the past, present and possible future. Some movingly recall childhood trauma, others celebrate iconic Sydney places and people such as Cockatoo Island and Mr Eternity. There are pointed satires of Centrelink bureaucracy and the current appalling treatment of refugees. And, finally, a vision of a world where peace is the rule rather than the exception. Whether celebrating or denouncing, Jenni Nixon’s voice is compelling and evocative.’ - Emeritus Professor Elizabeth Webby AM
‘These evocative poems bring to life the complexity and beauty of Sydney and its outsider citizens and history. These deeply moving fragments of a city's life take us “underground” by stirring our own deepest memories, especially through a vivid sense of place. Nixon takes us around the harbour and through the streets of Sydney. We smell the salt and hear the cries of birds and people. And we remember. This is a marvellous collection.’ - Julie McCrossin, journalist and broadcaster
‘Jenni Nixon is a performer and political poet par excellence… Nixon’s is the voice of the twenty-first century and her strident protests leave no sacred cows upstanding… Lines delivered with the rapid-fire intensity of an expert cannot fail to find their mark.’ - Dr Margaret Bradstock, Agenda!
'Jenni’s poetry works as well as it does because she controls her poetic style and her voice. The result is that she deals with insanity and its benign counterpart, eccentricity; suicide; alcoholism and sobriety; and successfully celebrates the marginalised because of her stance, her perspective. It is the tone of the work - that thing which is so very difficult to define but which is essential to good poetry - which binds the politics with the poetry, the personal with the general.' - Rochford Street Review
978 1 76041 023 0, 90pp The elegance of simplicity informs these poems, with nostalgia, family and love their prevalent themes. 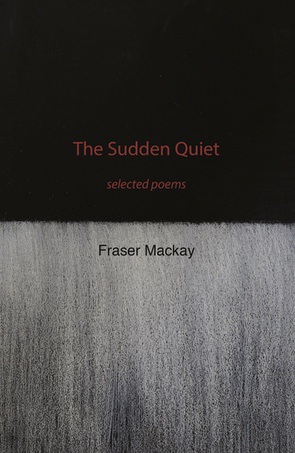 Fraser Mackay’s wry ruminations are rooted in place and give off an air of hardy, solitary manhood. John Jenkins / The Sky Inside Us

Jenkins takes us on a rich and engaging journey, into the heart of modern Australian poetry. John Egan / Return to the Sea

John Egan is a Sydney poet who also lives on the south coast of NSW.